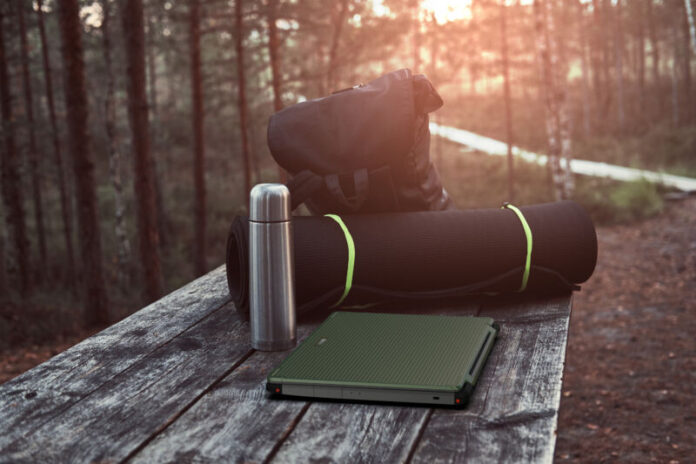 Acer’s “antimicrobial” laptops have been around for a few years, but they became particularly notable during the COVID-19 pandemic as interest in being extra cleanly was particularly strong. During its [email protected] event today, the company announced three new PCs—a laptop, a two-in-one, and a tablet—that will be joining its antimicrobial lineup.

What does “antimicrobial” mean, anyway?

Something is considered antimicrobial if it’s capable of “destroying or inhibiting the growth of microorganisms, and especially pathogenic microorganisms.” That means it fights disease-causing things you can’t see.

Acer claims its Antimicrobial 360 Design, as it brands the feature, fights germs in two ways.

First, high-touch surfaces—such as the chassis’s exterior and hinge, the keyboard, the touchpad, and the fingerprint reader—are coated with a silver-ion agent. For years, research has pointed to silver ions’ ability to fight bacteria. As a more recent report published in ACS Applied Bio Materials explains, “They can readily adsorb to most biomolecules (DNA, membrane protein, enzymes, or intracellular cofactors) in bacteria to inactivate their functions.”

Acer’s silver-ion agent is compliant with regulations from the Environmental Protection Agency and the Biocidal Products Regulation; it can cut the bacteria count to 1,000 after a 99.9 percent reduction, based on the International Organization for Standardization 22196 test protocol. The 22196 standard specifies methods for testing the “antibacterial activity of antibacterial-treated plastics and other non-porous surfaces of products.”

The products also use Corning Gorilla Glass coated with the silver-ion product. “This is done via trace amounts of silver ions leaching to the glass surface to eliminate the surface bacteria, while still offering other benefits such as improved durability and improved scratch resistance,” Acer said.

Acer introduced new antimicrobial PCs to its lineup in 2020 but is still adding to the roster. The company sees its antimicrobial coating expanding even further “across multiple product lines,” an Acer spokesperson told Ars.

The latest additions to Acer’s cootie-fighting collection include the TravelMate Spin P4 (available in January and starting at $1,100), a business-focused two-in-one with up to an 11th-Gen Intel Core i7 vPro CPU and 1TB SSD.

Acer is also releasing two waterproof, rugged systems. The Enduro Urban N3 14-inch laptop (launching in Q4, starting at $850) carries up to an 11th-Gen Intel Core i7 and has an Nvidia GeForce MX330 GPU. The Enduro Urban T3 (releasing early next year, starting at $300) is a 10-inch Android 11 tablet with an octa-core MediaTek MT8385, 65GB of ROM for storage, and 4GB of RAM.

The Acer VE246Q stands out as the only PC monitor announced with the antimicrobial stamp. Its housing and cover glass use recycled plastic coated with silver ions. However, the 23.6-inch VA screen will only be sold in Taiwan.